If I had only known, I would have been a locksmith. 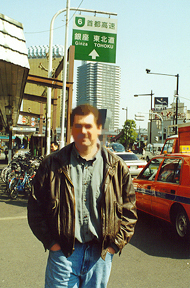 Although not active in daily operations, Tom Porter still likes to keep his “Hand in the Toaster” when it comes to the on-going activities of the House of Toast.

Tom developed his love for toasted bread products at an early age. He freely admits that the overwhelming influence of “rolls by the fire” while growing up in Scotland helped form the foundation for his House of Toast dream.

Prior to founding House of Toast, Tom spent 10 years as Director of Research and Development at the world renowned Riesling Institute in Smithfield, Rhode Island. During this time, Tom led several teams in advancing the limits of Toasting Technology. Over the years he developed a specific interest in trying to develop a more effective method for granulation and reconstitution of toasted bread products. It was not until meeting Partick Arkins and Baron Jameston von Potter in 1993 that he achieved success in this quest.

Haven broken through quantum barriers, Tom looked for a way to deliver this exciting new advancement to the masses. It was with that thought that Tom left the prestigious Riesling Institute and joined forces with Patrick Arkins and Baron von Potter to open the first House of Toast.

In addition to his current role as Chairman of the Board, Tom chairs several industry groups dedicated to the advancement of Toasting Technology. The picture above was taken while Tom was in Tokyo researching Far East expansion opportunities.

Learn about the other board members:
Mor
Lou Brink
Trey Waldrop